Barbara “Barb” Ann Meyer was born March 22, 1925 in Garrett, Indiana. She was the only daughter of Albert J. Loffi and Carrie Hughes Loffi. Barb graduated from Garrett High School, then the family moved to Willard where her father worked for the B&O Railroad. Barb worked for the BJ Fink Company, a furniture store and funeral home, as an accountant. There she met and married Gordon Meyer. They had two children, Patricia “Patti” and Gary. The family moved to Fremont and then later to Toledo, Ohio.

Barb joined the First Congregation Church in Toledo, where she was very active as a volunteer and served as President of the Woman’s Fellowship. She was previously an Assistant Cub Lair Mother and Leader of Girl Scout Troop 291. The troop was very active and stayed together for eight years.

Barb returned to work as a cashier for Sylvania Savings Bank. She attended the American Institute of Banking and the College of Business Administration at the University of Toledo. Barb graduated from Siena Heights College. Eventually, she was promoted to Assistant Branch Manager. During this time, she attended the Ohio School of Banking, the State of Kent, and the Graduate School of Banking at the University of Wisconsin. She was promoted to Branch Manager in Toledo, Ohio.

Barb was named the Toledo Women in Industry Honoree and served as State President of the National Association of Banking Women. She was a United Way Loan executive and selected as Woman of the Year by the Catherine Eberly Center at the University of Toledo. Barb has taught financial seminars at UT for many years.

After her retirement, Barb traveled overseas and across the United States and enjoyed her summer home on Lake Erie, cooking, sewing, and playing bridge.

Barbara is survived by her son, Gary; and her daughter, Patti Verb; She is predeceased by her parents; and beloved grandson, F. John Verb, II.

Funeral services are private with a celebration of life at a later date. Memorial contributions can be made to the Toledo Humane Society. Arrangements entrusted to Walker Funeral Home, Toledo, OH. Condolences and memories can be shared at 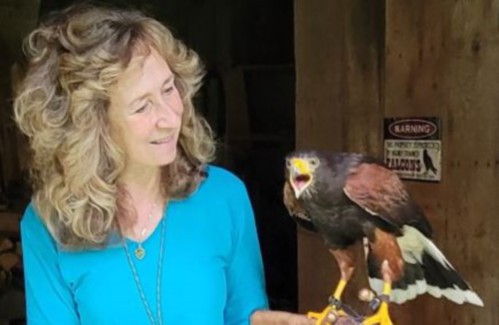